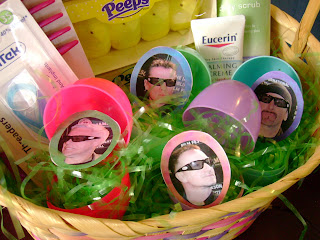 When my father passed away, my mother asked if there was anything of his that I wanted to keep.  Anything at all.  She had her memories, she said, and anything I wanted I could take from the house and keep.

After some consideration, I told my mother that I’d like two things: his wedding ring and his pocket knife.  If I had his ring, I’d always have him with me, and would take him on my travels to places he’d never been.  Fate had dealt my parents a dirty hand by timing cancer perfectly with retirement, cutting their plans short.  And the pocket knife was a little thing, but a perpetual memory of childhood.  Any loose thread, envelope, piece of packing tape, or loose screw was met in a flash with the tiny silver blade; unfortunately, it was lost on a hospital trip when he was too sick to realize it was falling out of his pocket.  The ring, a plain, wide, white gold band with their initials carved inside, became mine.

If there was one thing my father taught me, it was that life experience is more important than material things.  People need less stuff, not more.   As kids, my sister and I never owned anything with a brand name on it.  We possessed exactly one non-hand-me-down Barbie each (okay, my sister had two).  We got one Merlin* for Christmas, and had to share it without fighting.  But we went to plays and concerts and museums and historical places. I learned early that my parents would take me out late without my sister if I sat quietly for long periods of time, and I used that trick to my advantage.  By the age of eight I had seen Arthur Fiedler, Seiji Ozawa, Zero Mostel, and more summer stock versions of great musicals than I can count.  I’ve tried to follow this philosophy with my own kids.  Granted, they have video games, but my 12-year-old is a well-traveled art junkie and a frequent “date” of various older relatives for concerts and plays.

With Easter rolling around, a recent dinner with friends turned to the topic of Easter baskets the purchases they entailed.  Word on the street was that baskets these days were being filled with not just video games but video game systems.  Easter was becoming another Christmas, and the adults in this particular dinner discussion were not willing to keep up – myself included.  When my oldest was a toddler, I was a single parent.  I’d put cute but practical doo-dads in her basket, then hide a dozen candy-filled eggs around the house.  When she wasn’t looking, I’d take one or two back out of her basket and re-hide them, so she thought she was searching all day.  This year, my youngest is getting a basketful of cheap Ikea – among other things, some new plates and cups for eating outside with his friends.  And my oldest, well, she’s getting life experience.

In her Easter basket, camouflaged among embarrassing pre-teen necessities like fluoride and moisturizer to throw her off the trail, are the heads of Bono, The Edge, Adam, and Larry inside plastic eggs.  Yes, I’m breaking my No Concerts On School Nights rule to take her to see U2 at Gillette Stadium.  Of course, as a lifelong U2 fan, I can’t deny that I’m thrilled to be going; but at this stage of the game, the fun comes in sharing these things with her.  She’s been to Symphony Hall, to the Paradise, to the Garden, and to Tanglewood – for all genres of music – but this will be her first stadium concert, for a band she loves.  I think that my dad – who once broke the No Concerts On School Nights rule so that I could see David Bowie in the same venue – would agree.